Long weekends with ample time have given me an opportunity to sift through old photos and reexamine experiences. Fifteen years ago (15!!!!!), I had just finished up my second year of law school and was on my way to South Africa to spend a summer (or winter rather) in Durban. I was fortunate to have been selected as a global public interest fellow to learn international law and practice working at Howard College of KwaZulu Natal University.

I flew the 24 plus hours from St. Louis landing in Joburg where I remember paying (more than I probably should have) for someone to help me transfer my luggage from my international flight to my domestic flight to Durban. I don’t remember much about landing in Durban. I do, however, remember that first night there unpacking my luggage in the apartment I was sharing with 3 other women from WashU and finding that my hairspray (I didn’t even use hairspray!) had leaked and ruined a favorite shirt. I burst into tears (as quietly as possible) in the bathroom, which was beyond ridiculous. I was exhausted and super nervous to be rooming with three people I didn’t know, and well, probably a little too attached to that shirt.

We lived in an apartment across from the Indian Ocean – the INDIAN OCEAN! We became pretty at home in Durban buying groceries at the local market, drinking unrefrigerated milk (what?), and eating way too much pizza at a local restaurant on the beach. We joined a gym and I did kickboxing and swam with a local girls’ swim team. I was able to go on two safaris where I saw 4 of the big 5 (the lion eluded us), took a road trip up through the Drakensberg Mountains, visited Lesotho, and spent four days in Cape Town touring Robben Island, climbing Table Mountain, and driving down to the Cape of Good Hope. I even went shark diving near Seal Island- something that I would likely now oppose for environmental reasons, but wow was that incredible. We also rented a car, and I was designated the driver since I could drive a stick shift. I miraculously drove on the left side of the road, using my left hand to shift all the way to Pretoria to go zip lining. Also, zip lining – still terrifying.

Every weekday morning we would walk a mile to catch the downtown bus up to the University passing through very affluent neighborhoods with razor wired walls – a physical and fearful coping mechanism white South Africans embraced due to their perceived vulnerability as a minority post-Apartheid. My day-to-day was at the University working alongside two women with the law school learning from them and their lives as much as I learned in researching and writing on how to help people exercise their newly obtained rights in a democratic society.

Thinking back on this all, I was so incredibly privileged to be there, do the work, and to learn so much. But I also know how little I dug deep into my own whiteness and nationality and their associated privileges during my time there. In my years working in public interest law and fighting against racist policies here, I know that the work of this is ongoing and far more challenging than how I saw things then or even a week ago – that I need to listen more, learn more, and use the privilege I have to continue fighting for change externally and most critically internally for myself. As Nelson Mandela wrote, “you can never have an impact on society if you have not changed yourself.”

This week I signed up for an anti-racist virtual challenge. One of the exercises was to write down a time that you did something racist or saw something racist and didn’t do anything. I took the opportunity to write down every single one of those instances I could remember throughout my life. There are so many – and so many more I am not aware of. I have always been stuck in my personal life on how to be anti-racist in addition to calling out racist statements or actions of family and friends. This exercise was useful in helping me see some of the thousands of ways that I reinforce racist systems every day through my own choices and movement through the world.

Some other resources I’m finding helpful:

I spent the last week of my time in Durban on my own. I had inadvertently booked my ticket back after our apartment lease had expired and everyone else had taken off for home or other far-off destinations before the next semester started. I moved into a hostel-like bed and breakfast across town and spent the days doing nothing in particular – I went to the movies solo for the first time, read a ton, made my meals in the communal kitchen and ate on the twin bed in my small room. I had no phone, no email, and no TV. So I had a lot of time in my own head, but am certain I spent the bulk of it thinking of home and the relationship I was returning to there – an oft-repeated folly that took me these 15 years to change. 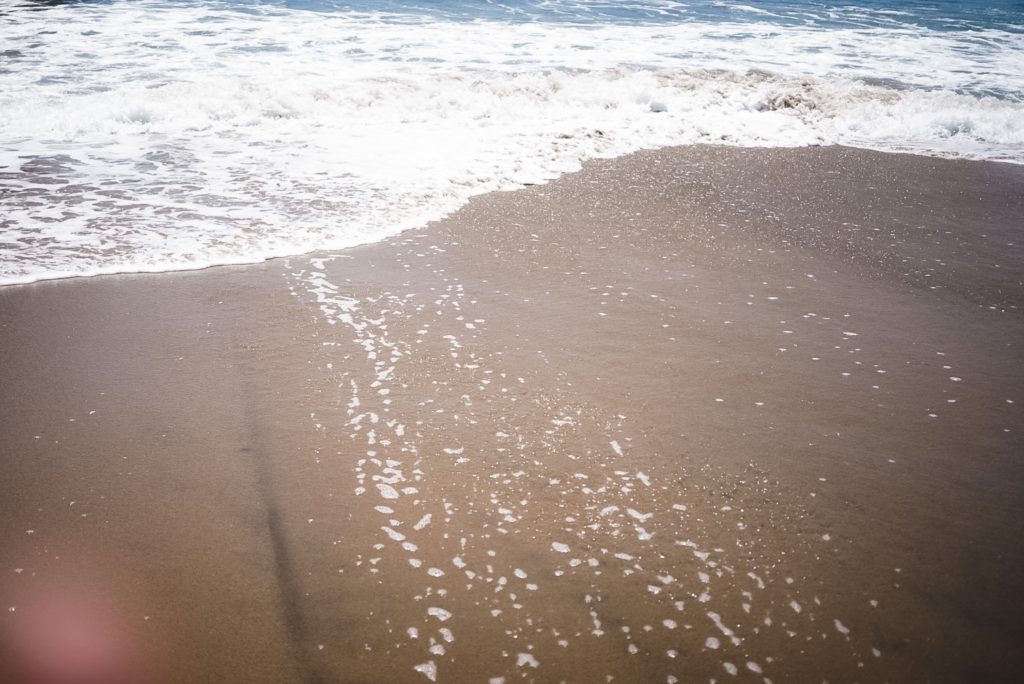