Greatest Husband in the World!

It was going to be a typical weekend.  Well, not typical since it was one of the few weekends where we had no obligations. No trips out of town, no one visiting us, not even a dinner planned.  Mike made it home before me and was making tacos.  That’s not why he’s the greatest husband in the world, but cooking me dinner definitely doesn’t hurt.   Generally, I come home and shoot upstairs as fast as I can to get out of my work clothes, but on Friday night I was just hanging out with him and talking about my day.  He was a little impatient and kept telling me to go upstairs.  I just thought it was because he was hungry, and anyone who knows Mike, knows that a hungry Mike is a very grumpy Mike.  So eventually I made my way upstairs.  And what was sitting on my dresser you may ask? It was a 50mm f/1.2 lens! Yep, that’s right folks, he had rented me the best lens ever.  At first I thought he had bought it, which freaked me out because it’s an unbelievably expensive piece of glass.  Totally worth every penny (or so I’ve read), but way outside our budget.  After several minutes of me doing the happy lens song and dance, we began experimenting with it.  It’s somewhat challenging since it’s a fixed lens and the f stop is so low compared to my standard lens that it takes adjusting for light in a whole new way for me. Still, I think I got some pretty fun pictures of our live-in models this weekend.


Unfortunately, the weekend turned out to be not so wonderful weather wise.  It actually got up to 50 on Saturday, but it rained in the morning and was very overcast for the entire day:( Today was sunny and seemingly beautiful, but the sun fooled us.  It was a high of 42 degrees today, but so windy it felt like 25.  Despite the poor conditions, I wasn’t going to pass up trying the lens in actual light (trying to take pictures inside of a poorly lit house just does not do the lens justice!)  So below you will find inside and outside pictures.  I hope to get much better with this lens and use it when I take pictures of Autumn in February.


I’ve adopted the photog lingo in hopes that using it will somehow make me take better pictures or sound cool or something.


Neko and Dora watching Mike make tacos – I was shooting wide open here with a really high ISO and slow shutter speed since our kitchen is like a cave and it gets dark at like 4:00, but I didn’t want to use the flash. 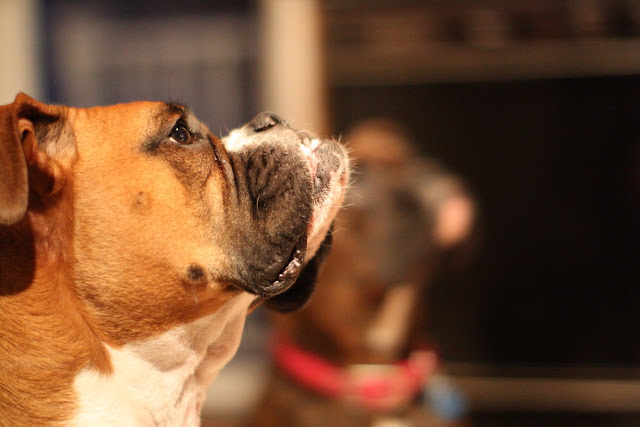 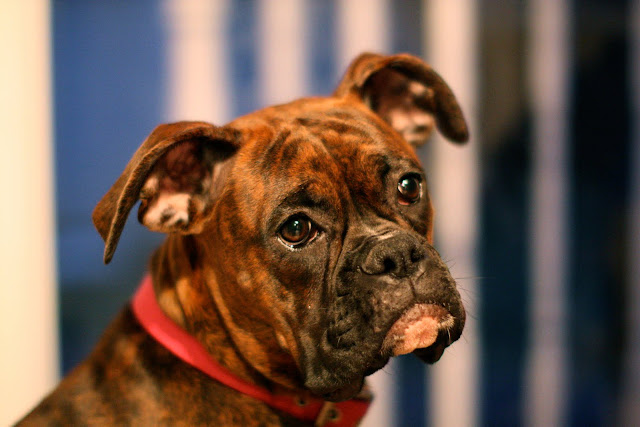 Mike took this picture of Neko in our living room. 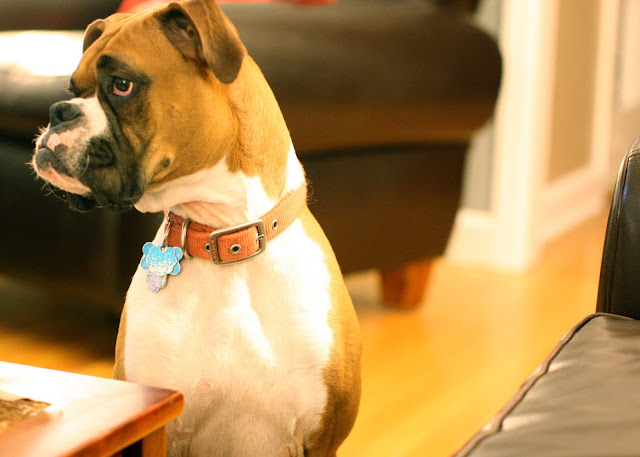 And I took this one of her cute little face 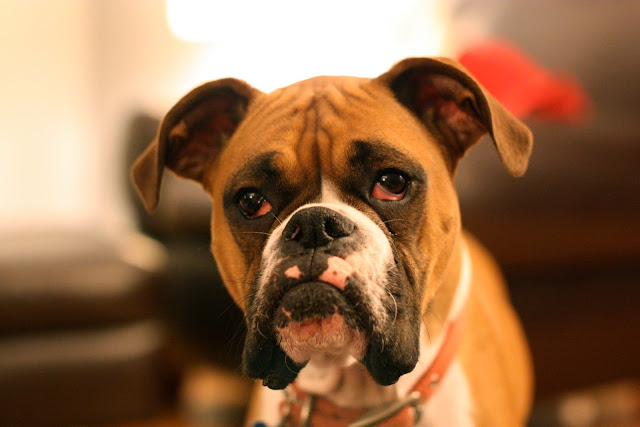 I couldn’t pass up posting this picture of curly-tongue Dora.  The sun was streaming in our back door and put a few shadows on her face, but just look at how cute that face is! 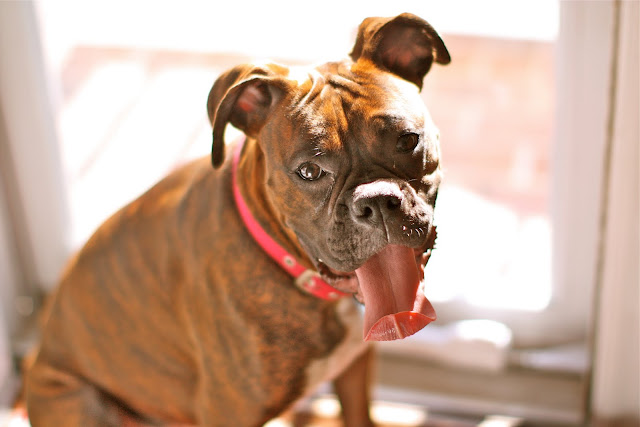 Taking the dogs for a walk by the river…we didn’t make it to the end because the bridge was a wind tunnel and I was a complaining baby. 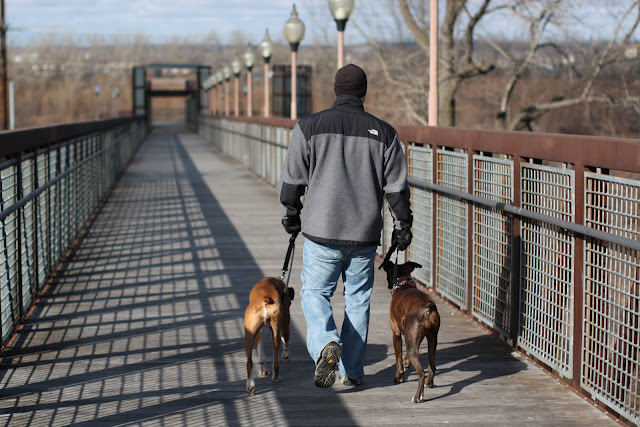 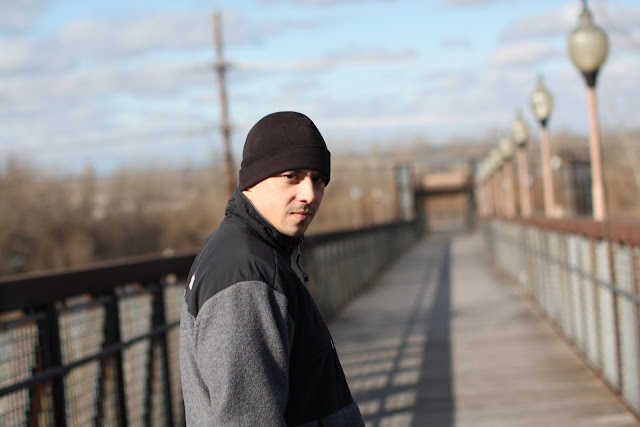 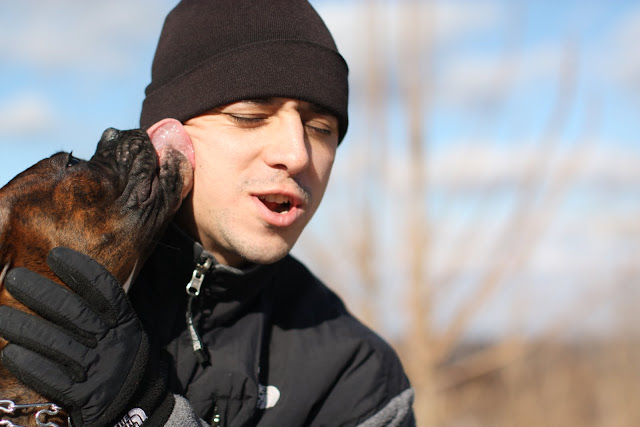 They would lick Mike and then lick each other. 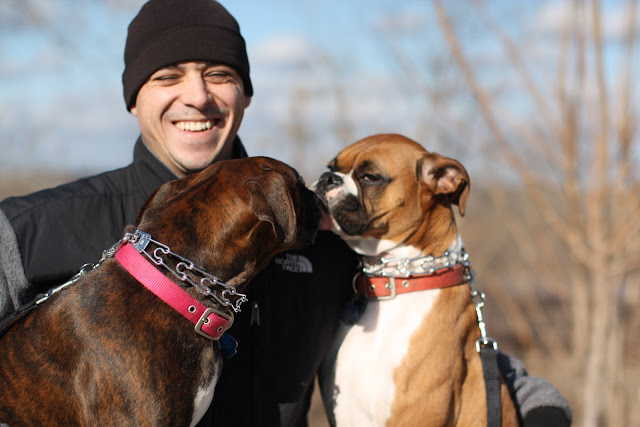 Looking at the train 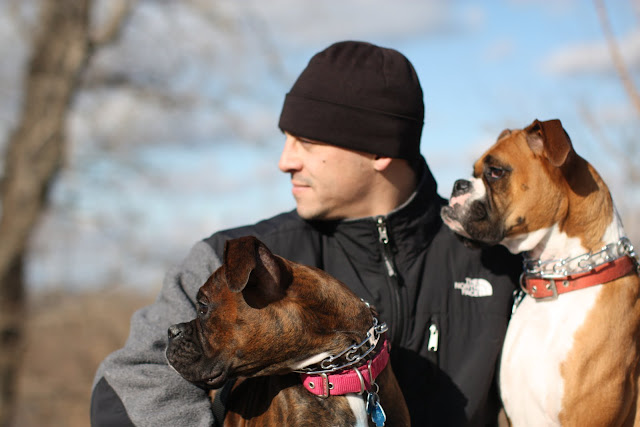 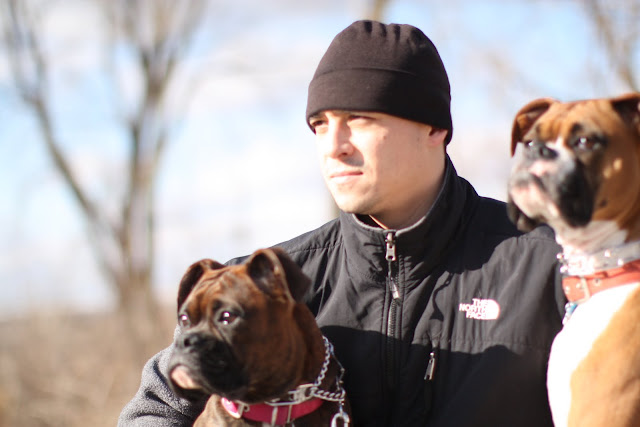 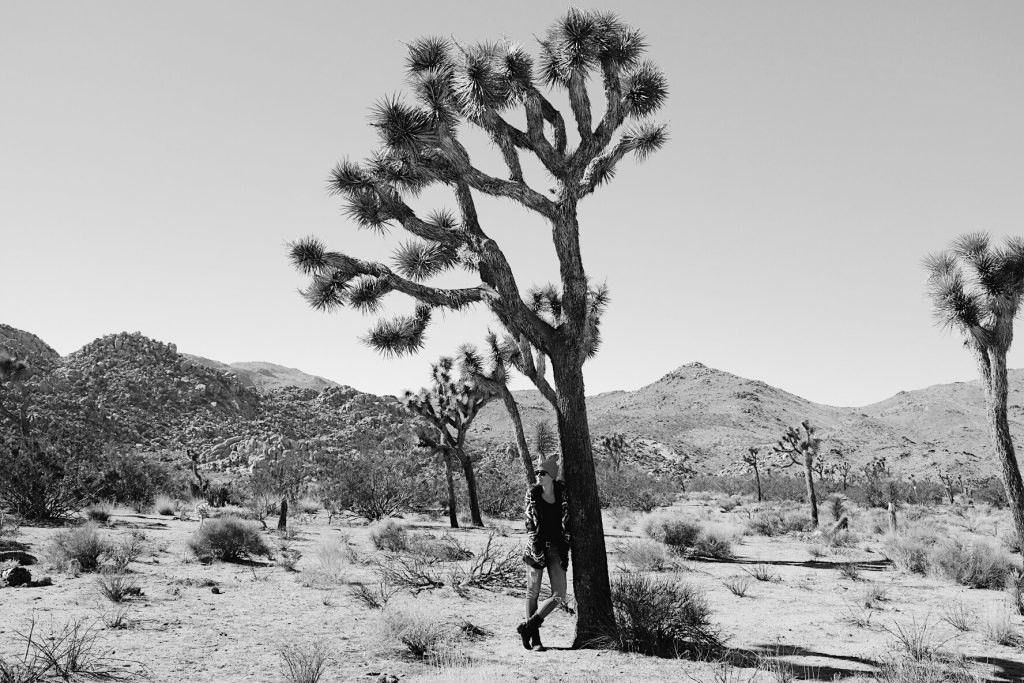