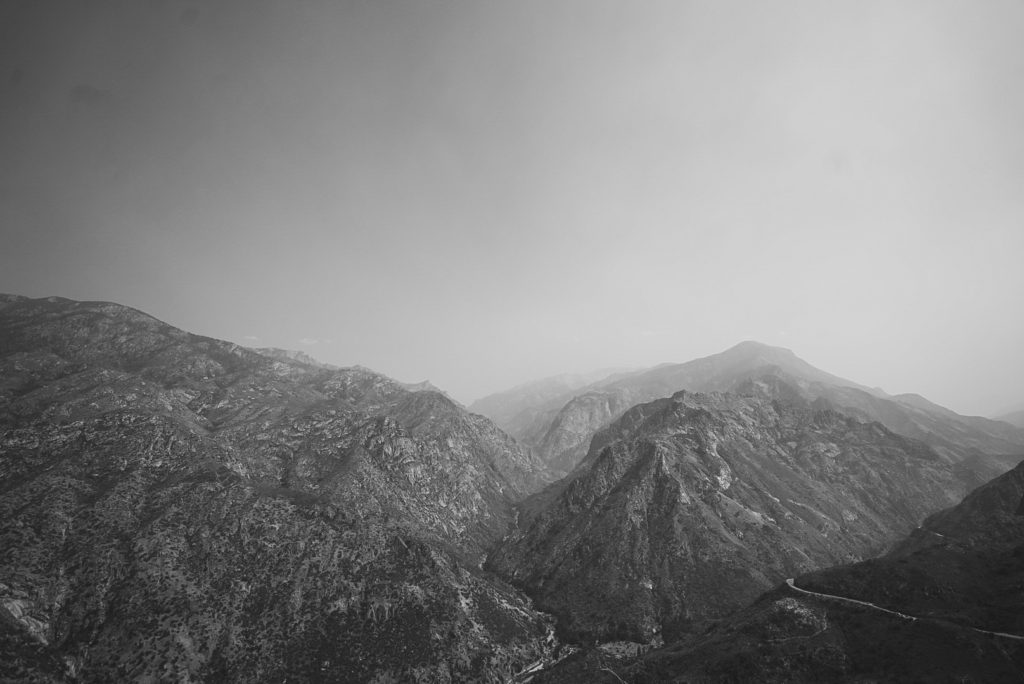 Two days before we received the call from our landlord offering us to move out in thirty days, we had after (too) many emails and calls confirmed a stay in a tiny house just outside of the Kings Canyon and Sequoia National Parks over the Labor Day weekend. Since we couldn’t cancel without a substantial fee, we decided to keep the reservation and take in the beauty of the alpines and sequoias in our last two weeks in California. The main highlight and initial impetus for the trip was to visit Hume Lake where Jake spent a week each summer for his entire childhood up until college. So off we went.

Traveling in COVID comes with some challenges – the two bigs ones being where do you eat and go to the bathroom. So we packed up the Jeep with a lot of food and our newly purchased porta-toilet (which is very compact, but not nearly tall enough for Jake, and still unused). The temperatures in Los Angeles for the weekend were going to be as high as 120 – record breaking, so we thought we’d get some reprieve from the heat in the mountains. We were wrong.

While slightly lower, temps were in the low 100s, and as a result, fires were erupting up and down the Sierras. We ended up cutting the trip short by a day because the heat made it nearly impossible to do anything, and on our last night there, we received word that a fire that we saw on our drive had trapped hundreds of campers that were evacuated out via helicopter after their route out of the mountains had been cut off by flames.

Despite it all, it was still a wonderful and beautiful trip. Our little cabin was perfect (and air conditioned!) and next to a quaint little coffee shop that made fresh pastries every morning. We swam in Hume Lake and rented a row boat that Jake rowed us in. We ate lunch in chairs we set up in the Kings River and went for a dip. And on our last morning there, we walked among the Sequoias, which always leave me in awe.

The only negative part of the trip was when we tried to pick up some BBQ from a local restaurant. When we arrived, there was a long sign in the window that in short said they posted the very long sign to make it look like they were complying with public health safety, but that COVID is a hoax. We left. But I seethed for hours. As of this moment, 190,000 people have died from COVID just in the US. A quarter of the world’s deaths from the pandemic despite the US just having 5% of the world’s population. And it’s ravaging those communities that are already the most marginalized because they are the most marginalized. Lives unnecessarily and tragically cut short by a failed federal response and an inability to see ourselves as part of a community – a community of neighbors, towns, cities, states, and countries. I want to give grace to people like the restaurant owner. I recognize that it’s loss – economic, emotional, and social – that they’re really trying to feel better about. If it’s a hoax and this isn’t real, I am justified in feeling anger about having to endure these losses and not look like a selfish person by carrying on with my life and putting others at risk. Because, well, they’re not at risk because it’s a hoax. Perfectly water tight circular reasoning. But the privilege to even consider it a hoax is only available to the restaurant owner because the majority of us know that this pandemic is very real and are acting accordingly. Personally, I think it’s healthier for me to focus on the actions of the bigger group of people who accept the losses and challenges of this time and find hope in each other and in our collective experience.